Me: Sometimes the smart thing to do is what all the Other People say is a stupid thing. Don’t let them dissuade you.

Daughter: So what’s your point.

Me: Nobody knows a fucking thing. Think for yourself.

Me: And don’t tell your mother I said “fucking.” 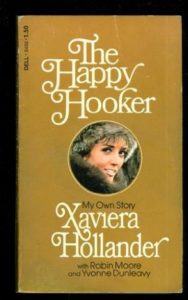 In going over the less accomplished parts of my past (say 99% of it), I noticed that I have a had a lot of contact with hookers. Not necessarily as a client, customer, trick or tricked, but just through chance. Or maybe there was some inner light guiding me, I don’t know. When I was just a boy, I found a copy of the Happy Hooker alongside my father’s not very well hidden Penthouse magazine collection. This little trove of literature prepared me for my adult relations with the opposite sex, which were frustratingly still some ways off.

Between the Penthouse forum, the Penthouse models, and Xaviera Hollander, I developed a larger than life image of prostitutes as women who were players, with the libido of men and a touch of the mercenary. I would wonder about these exotic women, what they looked like, how it would be to meet one, and why there weren’t any at all in my little suburban neighborhood. (In hindsight, there are almost certainly were – they just weren’t apparent to little old me.)

It was unfortunate for me that I would later get to know one of those very expensive call girls that I used to read about. The unfortunate thing being she was the love of my life and I had no idea.

Aside from Helena, a former hooker (so she said) who was married to a former basketball player, I was still pretty much unacquainted with hookers of any stripe when I met Lorraine in New York. While she was not a hooker then, she had a rather mysterious background, which only added to her allure. I was young and lost, with vague dreams of making it in New York. I was staying with Lorraine’s friend Anita, who I knew from college. Anita was teaching English to mostly young Hispanic boys. At least those were the only ones she took home to sleep with. Anita’s evening were spent at clubs, in a mostly gay circle, led by an elegant looking, but deeply insecure guy with long flowing blond mains called Aston. His main claim to fame was that he had fucked everyone who was anyone, though he was still nobody himself. (I still remember a girl coming up to me in one of the clubs asking “are you somebody?” Those kinds of experiences didn’t endear me to the city, though she was probably from elsewhere herself.) Aston also claimed to be the driving force behind Deborah Harry and Blondie, though as far as I could tell, they just all lived together at one time.

Back to Lorraine. I heard about her for a couple years before meeting her. Anita would tell me stories in our college town of her mysterious and stunning girlfriend. She had a TV program for a short while, was genius level intelligence, flighty and gorgeous – prone to disappear for months at a time. Her boyfriend, according to the legend as I was told, was “some Mafia guy” with lots of money.

So when I heard that this mythical creature was coming to visit our place in NY, I perked up.

At that age, I always felt I deserved better. Somehow, life had overlooked me and I still hadn’t attracted the perfect woman. When Lorraine showed up, she was indeed the perfect woman. Everybody agreed. She turned heads at the best clubs – people wanted to know who she was. She attracted paparazzi like flies, just to tease them. They would go crazy taking her picture, and then wonder who the heck she was.

So we all went out to a club opening. I don’t remember the name of the club. I do remember that a very hot singer named Phoebe Legere was performing there. I couldn’t catch her eye either. Well, that’s not true. I did catch her eye, but she looked at me with contempt. In hindsight, fair enough. I was blond, blue-eyed, and hopelessly suburban looking – everything she was probably trying to escape. So I hung around, and chatted with the friendlier bridge and tunnel crowd. Until I noticed I was alone.

Not really alone. There were still plenty of people in the club. But the group I arrived with (all named above) were gone. It’s not a nice feeling being ditched, even when you don’t especially care for the people who ditched you. I was feeling bad about it.

Little did I know, they were all outside the club helping Anton vomit in the alley. Seems the gay stud who had done everyone who mattered, and who had a dick, had finally met the woman that would be his hetero partner. That, of course, was Lorraine. Yet, the stud was a bundle of nerves. He drank so much trying to steel himself that he got sick. So the gang was simultaneously pep-talking him and helping him puke so he could go back inside and consumate the deal with Lorraine.

Which, of course, left Lorraine alone in the club as well. She was probably wondering why she was ditched as well. Especially her of all people.

When Anton et al came back inside, Lorraine was gone. She had found me, and we tow deserted souls left the club together – wondering how we managed to lose the gang. We had a late coffee at one of those classic stainless steel diner cars, went back to Anita’s flat, and had sex. I was ecstatic. This was a woman far above my grade, and she was in bed with me. I was later to learn that she also had a genius IQ, was a brilliant writer, and out of this world creative. And she had an endless roll of $100 bills. What kind of dream was this?

This is where we skip ahead…

We are looking at rental cars in Switzerland, and almost all are manual rather than automatic. I used to drive a manual, but was never all that great at it. Not sure I would be much better now.

I learned the hard way, from 2 transsexual hookers on Sunset Blvd. I had just moved to LA from NY, to be with the love of my life. (She turned out to be a hooker, too, but that’s another story.) The love of my live, let’s just call her LOML for short, had an MG convertible. I had never driven a shift until I moves West and she left me with that car. It was a great little car, but I sucked using the stick shift. Especially when stopped on a hill.

There are 3 pedals you have to deal with on a stick. The brake, the clutch and the accelerator. This, of course, is all obvious to most people, but most people forget how this complicates things. On automatic transmissions you have 2 pedals. One is for GO, and one is for STOP. Anyone can handle that. Even me.

GO is one pedal. STOP is the other. Got it. I’m ready for the road.

But a manual immediately makes it 50% harder by adding a third pedal. This pedal does fuck all. By that, I mean it connects the engine to the drive shaft (or whatever it is that runs between the engine and the wheels). There’s really no reason for this except to make things more complicated. It’s like those added security buttons that unlock a door for a few seconds before you can push it open from inside the building. Except those, I suppose, are there for security reasons. The clutch is not.

The clutch is something that makes you do what all other cars do automatically. They may as well add a hand pump to cars, so you can pump the gasoline to the engine while you drive. It makes as much sense. But apparently, clutches excite some people. Like Europeans.

It doesn’t end there, because in addition to the third useless pedal, there is a stick mechanism that has to be used with the correct timing in relation to the 3 pedals. If you fuck it up, the car stalls, or suddenly lurches forward, makes a horrible grinding noise, or – worst of all – rolls back into the car behind you when you are stopped at a red light on a hill.

So I hated this little hill coming up on to Sunset from Larrabee. I always caught the red light, and I usually ground the gears trying to get going without rolling back down the hill. I think my troubles caught the attention of the locals at that corner. The only locals being some flashy looking transexual hookers. Maybe they were from Detroit, too. They had the black Southern patter tempered by Midwest industrial slang. They had short sequinned skirts. And they seemed to remember me.

I’m at the light, sweating as I wait for it to turn green, and two of these girls come and prop themselves on the hood of the car. It was a small car, and they leaned in doing all they could to distract me. And my gears, they did grind.

I do believe they helped make me a better driver, though. And one I ran into somewhat later, in that other story I was going to tell. 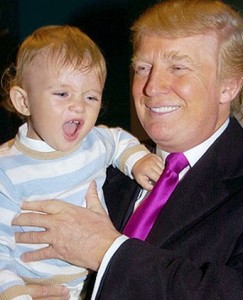